Natural Resources remain one of the most important contributors of the global economy in the 21st century. At the end of the last decade, trade in raw materials accounted for around one third of total world trade. Germany, like many other countries in the global North, is dependent on imports of raw materials. However, mainly the countries of the Global South are specialized in the extraction and export of raw materials: more than 50% of the countries of this world are dependent on raw material exports, inhibiting about 25% of the current world population.

Extractivism is a risky, “dirty” and crisis-prone business: usually it is a few commodities that shape entire economies and their societies. This is accompanied by enormous problems for the environment and nature. In addition, the price development for raw materials is volatile and leads to economic, political and social upheavals, as many countries painfully experienced in the last decade. Those stages of upgrading that yield the most value, are often located in Global North (e.g., coffee bean roasting) or are controlled by transnational corporations from the Global North (e.g., oil refining). Recurrent revenue losses from commodity exports then lead to declining income of exporting states and thus to the precarization of living and working conditions. Our research conceptually investigates international commodity policies as well as the causes, dynamics, manifestations and effects of extractivism in countries of the Global South. The focus is on questions of how raw materials and extractivism shape existing ideas and understandings of development as well as how they influence economic, political and social structures. This research also seeks to determine possible opportunities and obstacles for equitable development.

Also, see our relevant publications regarding this topic: 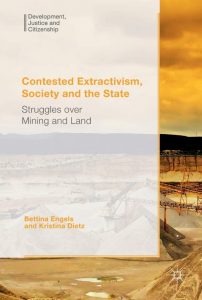 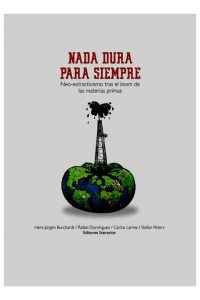